D-Wave unveils its most powerful quantum computer to date 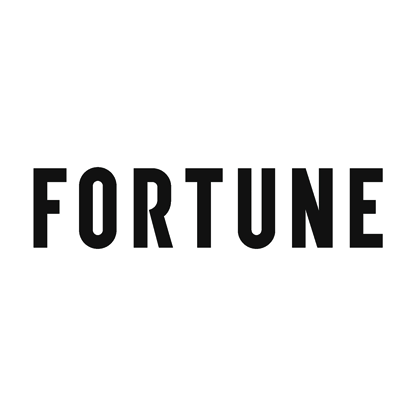 D-Wave Systems, the company that was the first to sell a commercial quantum computer, has unveiled its newest and most powerful model to date.

A large enough quantum computer can, in theory, perform calculations that a conventional computer—even a supercomputer—cannot make in a practical period of time.

The company, based in Burnaby, British Columbia, says its new machine has 5,000 qubits, the basic information processing unit in a quantum computer, and that each of these qubits is connected to 15 others. This makes the machine, which it is calling the D-Wave Advantage, many times more powerful than the company's previous quantum computer, introduced in 2016, which had 2,000 qubits, each of which was connected to six others.

In addition, D-Wave announced that customers can now access this system through what it calls a "hybrid solver"—a system that breaks a computing task into components, some of which are solved using its quantum computer, and some of which are solved by traditional computers—through a cloud-based interface. This makes D-Wave's system more competitive with the likes of IBM, Google, and the startup Rigetti Computing, all of which also offer hybrid quantum-classical computing systems through the cloud.

Quantum computers, which use the principles of quantum physics to process information, were once purely theoretical devices. But in the past decade, a number of companies have built working machines that are, in some cases, able to find solutions to complex problems that are better than those that can be found using a conventional supercomputer, particularly in equivalent time frames.

In the future, quantum computers may transform many aspects of business as well as improve everything from fertilizers to batteries. They might also render the most common forms of existing digital encryption obsolete. Late last year, Google achieved a milestone known as "quantum supremacy"—using a quantum computer to do something that a traditional computer could not do in a practical time frame, although its results were later disputed by IBM.

Alan Baratz, D-Wave's chief executive, said that his company's new quantum machine could solve problems with up to 10,000 variables, compared to just 100 to 200 variables before. And by combining the quantum computer with classical processors through D-Wave's hybrid solver, customers could boost that up to 1 million variables. "We're delivering a quantum computer built for business," he said. "It can solve large, complex commercial applications at scale."

The newest D-Wave machine is theoretically more capable of solving one particular kind of mathematical problem than those currently being built by IBM, Google, Honeywell, and startups like Rigetti and IonQ. But the D-Wave machine can solve only this one kind of problem, whereas the competing machines are universal computers that can solve many different kinds of problems.

But it happens that the one kind of problem the D-Wave machine can solve—what is known as an optimization problem—is very useful for many commercial applications in areas such as supply-chain management, factory and warehouse operations, and balancing risk and return in financial portfolios.

Volkswagen has been among the test customers for D-wave's new system. Florian Neukart, the director of advanced technologies and IT strategy for Volkswagen Group of America, said that the company used D-Wave's new hybrid quantum solver to find the best way to swap the colors assigned to cars passing through the paint shop in one of its factories, so as to reduce the number of times it would need to change the paint spray nozzles in order to paint a car a different color. "To minimize the nozzle and the hardware changes could in the end save money," he said.

Neukart said there are so many possible configurations of parts and color orders that the problem is difficult to solve using a classical computer in a reasonable time frame. But with D-Wave's hybrid solver, the system was able to come up with a solution in about 15 seconds that was an order of magnitude better than any previous solution the company had found, he said.

He said that while this was just a proof of concept project, the results were so promising that Volkswagen was considering putting the system into production—using it to optimize more of its factory paint shops around the world.

Volkswagen has also used D-Wave's systems previously to find the best way to route taxis through a crowded city based on real-time traffic conditions—with results that are far better than had been found previously. Volkswagen is currently preparing to offer this route optimization as a paid service to logistics companies as well as cities hoping to implement smarter ways to route buses or other transport, Neukart said.

He said the carmaker has also experimented with using quantum computers for other problems too, including looking at how best to alter the design of a wing mirror on one of its cars to minimize the amount of noise the mirror would make at highway speeds. It also has begun looking into using quantum computers to help design more efficient batteries for electric cars.

Another company that has been trialing D-Wave's new system is a San Francisco startup called Menten AI. It uses machine-learning algorithms and complex physics simulators to try to figure out sequences of peptides (small chains of amino acids) and proteins (larger amino-acid chains) that will yield better pharmaceuticals.

Hans Melo, Menten's cofounder and chief executive, said the problem is that given a particular target for medicine, there are "trillions upon trillions" of possible peptide and protein combinations that might yield a molecule with the right shape to bind with that target. "How do you explore the entire space?" Melo said. "We don't have good classical algorithms for doing that."

In other words, the problem is so complicated that it can bog down even the most powerful supercomputers. But, he said, there were algorithms that could harness quantum computers' remarkable ability to process things in parallel to run through many more possibilities and arrive at better candidates for drugs. That's what Menten has been doing with D-Wave's new hybrid solver, Melo said.

Using this method, the startup came up with a potential drug to fight COVID-19 that it is now testing in lab experiments.

Other companies that are already using D-Wave's new system include Accenture, which D-Wave said had used the hybrid solver to help a banking client "pilot quantum applications for currency arbitrage, credit scoring, and trading optimization." Another customer, Canadian grocery store Save-On-Foods, used the system to reduce the time it takes to run an algorithm it uses to streamline part of its business operations, doing in just two minutes what had previously taken 25 hours.